The Vigred Metlika tourism society has been organising the Queen of metliška črnina wine contests since 2008. The queen is chosen at the beginning of May every year by an evaluation commission after a conversation with each candidate. The crowning of the queen is staged at the ceremonial opening of Vinska vigred. The honorary title is awarded to the chosen queen for a period of one year and she also has an interesting task. Namely, the Queen of metliška črnina wine symbolises the culture of vine-growing and wine-making, promotes Bela Krajina wines and vineyards, cuisine and tourism. At the same time, she makes many acquaintances, acquires experience and visits all of Slovenia’s vine-growing regions. Her trademarks are a cloak and a ribbon with the title Queen of metliška črnina wine, a silver crown and a car from sponsors.

The first Queen of metliška črnina wine, crowned in 2008, was Silvija Kostelec from a Drašica vine-growing family. Her successor was Simona Žugelj from a family of nurserymen from Čurile near Metlika. Petra Žabčič, a tourism student from Metlika, became the third queen. The 2011 and 2012 Queen of metliška črnina wine was Sandra Kapušin from Krasinec, an economic technician who also completed a sommelier course. She works at a well-known guesthouse in Krasinec that is owned by her father. At the 31st Vinska vigred, we crowned the 6th Queen of metliška črnina wine, Martina Bahor from the Zorenci neighbourhood in the municipality of Črnomelj. Martina lives on a farm in a family of eight that engages in vine-growing and tourism. They own a 150-year-old farmhouse where they showcase the old way of life and offer authentic Bela Krajina food. In 2014, the flattering title was earned by Janja Hozner from Petrova vas in the Črnomelj municipality, who has completed her university studies of biology and is a very good orator, communicative, educated and result-oriented. The eighth Queen of metliška črnina wine was Katja Jakljevič from Grabrovec near Metlika. Katja comes from a family of several members. They engage in vine-growing, wine-making and tourism. She is no stranger to music, because she started playing the tamburica as a primary school pupil in the tamburica orchestra of the Metlika primary school. Later she became committed to playing the accordion, which she also plays excellently today. Jana Štajdohar from Dragatuš near Črnomelj was crowned in May 2016. Jana is no stranger to the hospitality sector, as she works at the Štajdohar family restaurant in Kanižarica. She also gladly accepts invitations from the Slovenian Tourist Board and undertakes to serve at the largest of the various European tourism fairs. During her tenure she also completed a sommelier course. Katarina Plut, the tenth Queen of metliška črnina wine, comes from the Semič municipality. She is interested in oenology, and will primarily dedicate her master studies to this field. In addition to the knowledge gained in education programmes so far, she acquired the most experience at the home farm, where the people are aware of the significance of a healthy diet. 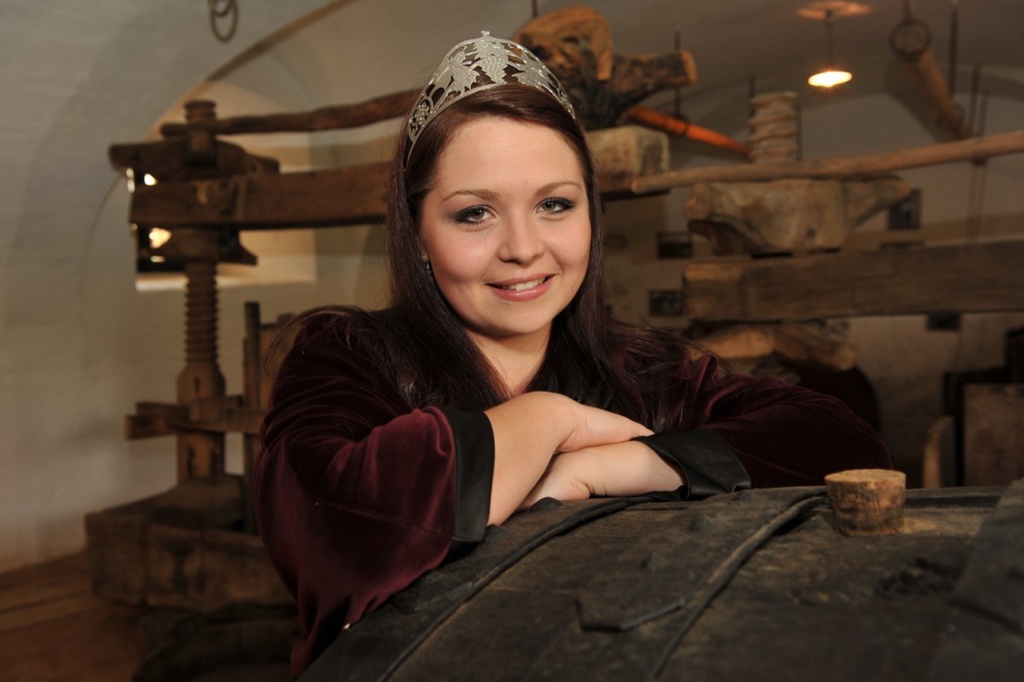 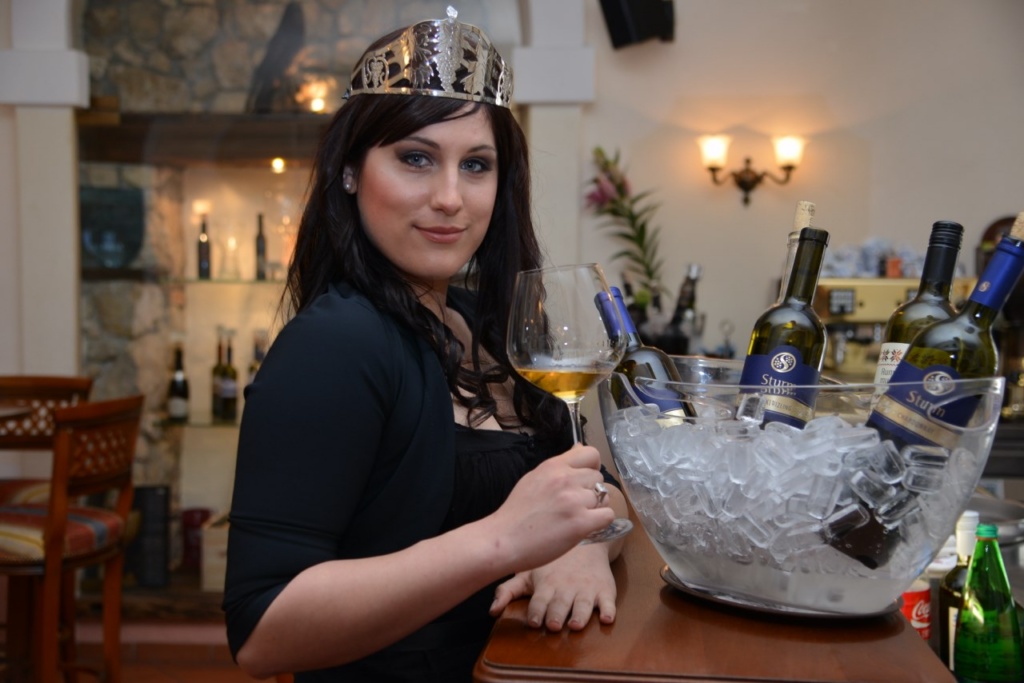 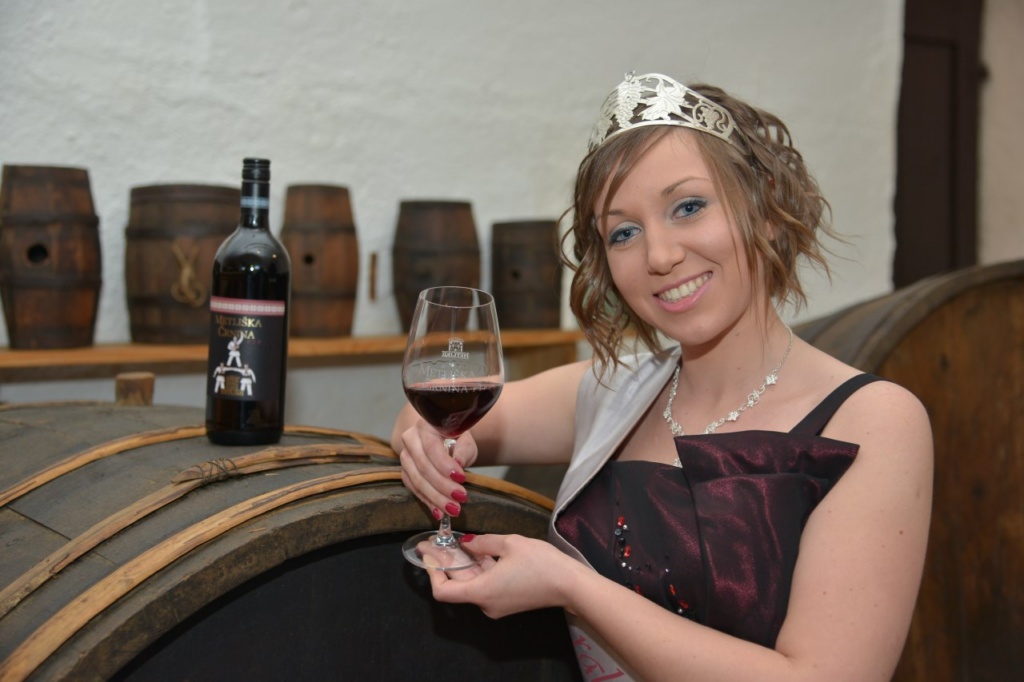 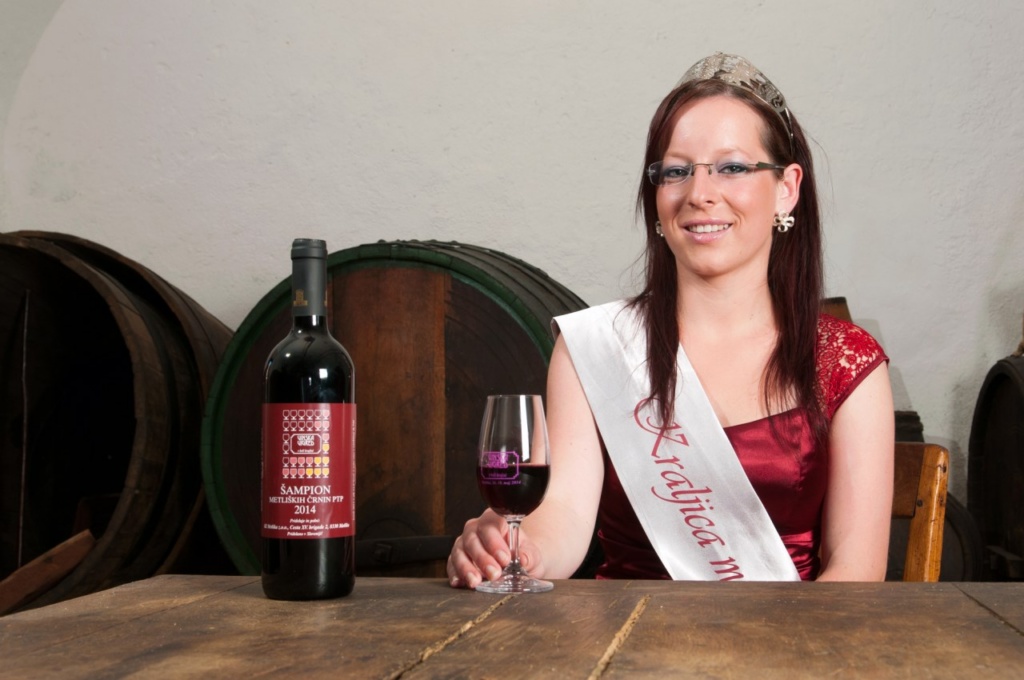 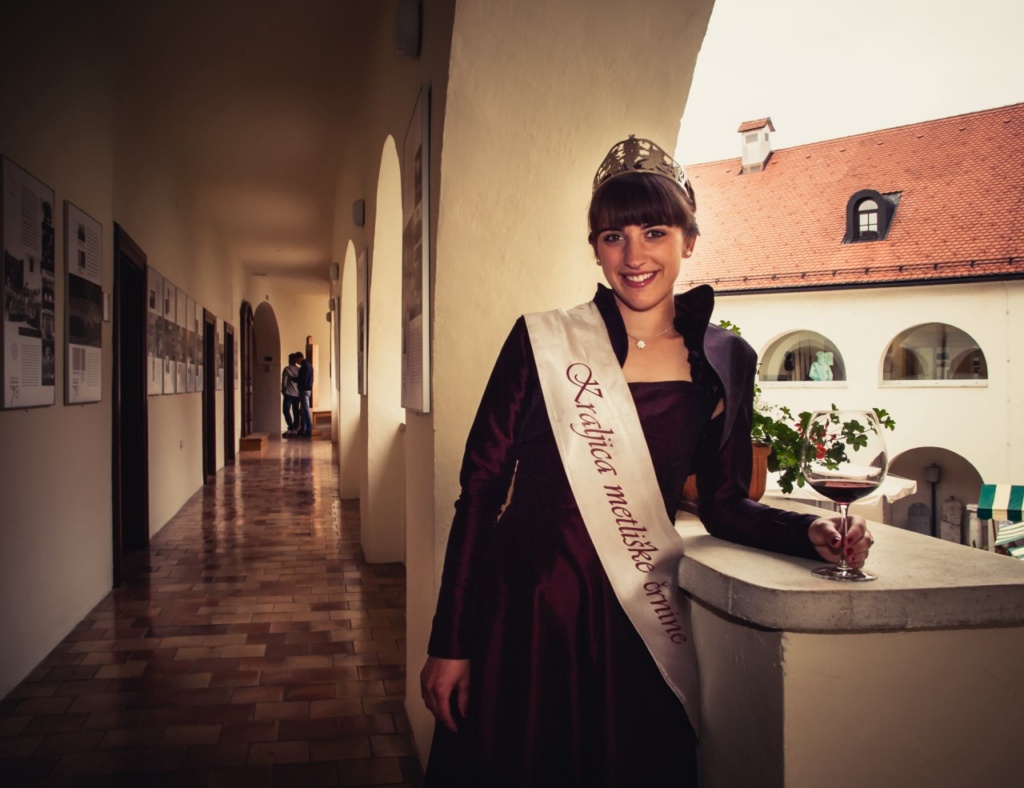