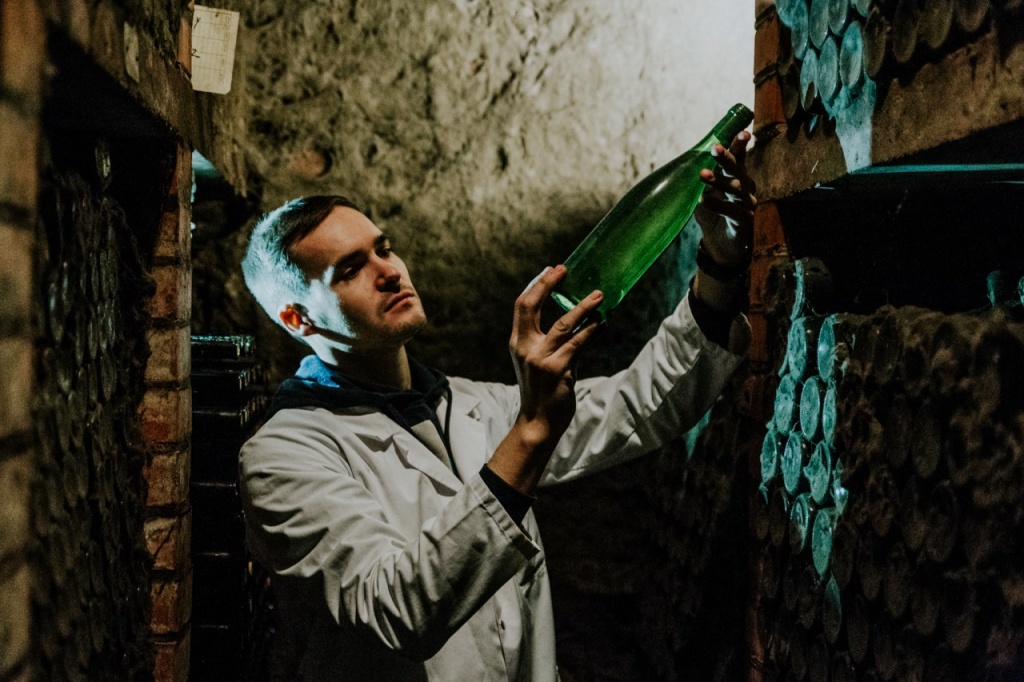 Our predecessors founded the first agricultural consortium in Metlika already over 100 years ago, on November 14, 1909. The KZ Metlika has 26 acres of new vineyards, to be found at an ideal location between the slopes of Vinomer and Vidošiči, around the famous church of St.Anne. For its needs, the winery buys grapes from its partners and collaborators. Today, the Metlika winery is one of the most important pillars of the KZ Metlika.  The winery is enormous, 108 feet long, tunnel-like, entirely underground, with a constant temperature between 12 and 13 °C, a capacity of 3.4 million litres, and an annual production of about 750.000 litres of wine.  The year 1968 is of particular importance for the development of the viticulture in Bela Krajina, when the new brand “Metliška črnina” was introduced, so that the winery became its birthplace.  Metlika extended the limits of Slovenian wines in 1981, when it produced Slovenia’s first rosé wine, through a combination of Franconian Blue and Black Velvet. Even further progress for the viticulture of the time in the former Yugoslavia was reached when in 1986, under the leadership of Julij Nemanič, Metlika became the first winery of the former Yugoslavia to produce ice wine.

The Prus family home in Krmačina near Metlika emanates the cheerfulness of pleasant everyday life. The three generations living under the same roof symbolize the family winemaking tradition. Although the vineyard of their late grandfather was not as big as it is today, he was nevertheless a member of the The Drašiči Communal Vineyard Cottage (soseska zidanica Drašiči). 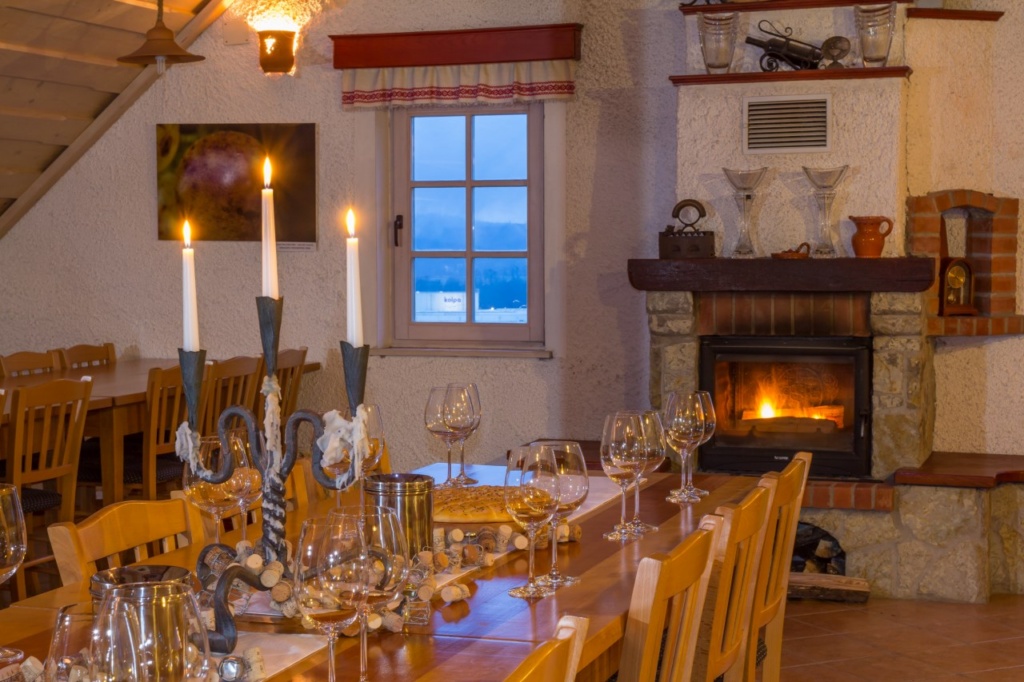 THE HOUSE OF WINE PEČARIČ

Bela krajina is home to our 20,000 vines, which stand as a testament to the power of the sun and the soil. Diversity in the vineyard and skilfulness in the wine cellar enable us to produce still as well as sparkling wines and dry as well as naturally sweet wines. Through our presentation you will become acquainted with our wines and if you like, we can prepare cold cuts with home-made dried meat and cheese and a flat cake. 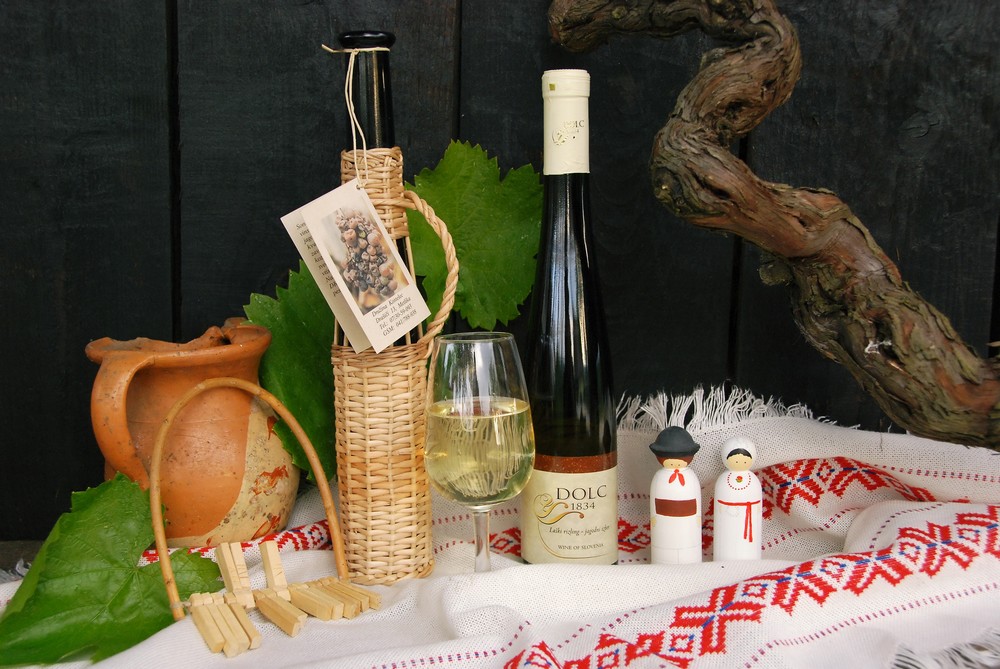 The DOLC 1834 vineyard farm and winery comes from the Drašiči village, near the River Kolpa and the Croatian border. The home tradition of grape production on 8 hectares of land and cellar keeping is already very long, as testified by the year of establishment of the wine cellar, the vineyard cottage. What makes it special is certainly the hospitality because, to this day, its door has never been closed and no traveller has ever had to leave the Dolc place thirsty. Today, their offer of wines includes a wide range of quality, superior and predicate wines 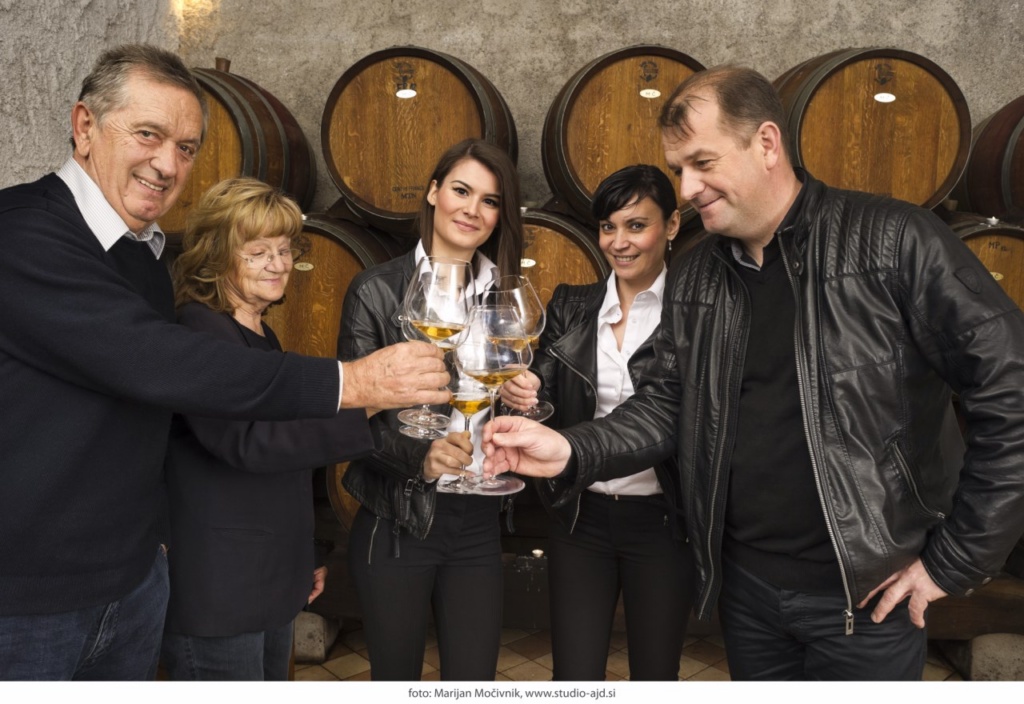 The Šturm wines reign in the immediate vicinity of Vidošiči, on the slopes below the St Ana’s church, from where an amazing view on vineyards, hillsides and surrounding churches can be seen. Šturm wines can be found in their winebar Grajska klet in Metlika Castle and also in the Šturm Winebar in the Qulandia Novo mesto shopping center. On average they produce approximately one hundred thousand litres of wine per year and cultivate 8 hectares of vineyards. One special wine story lies undoubtedly in that of the Yellow Muscat. 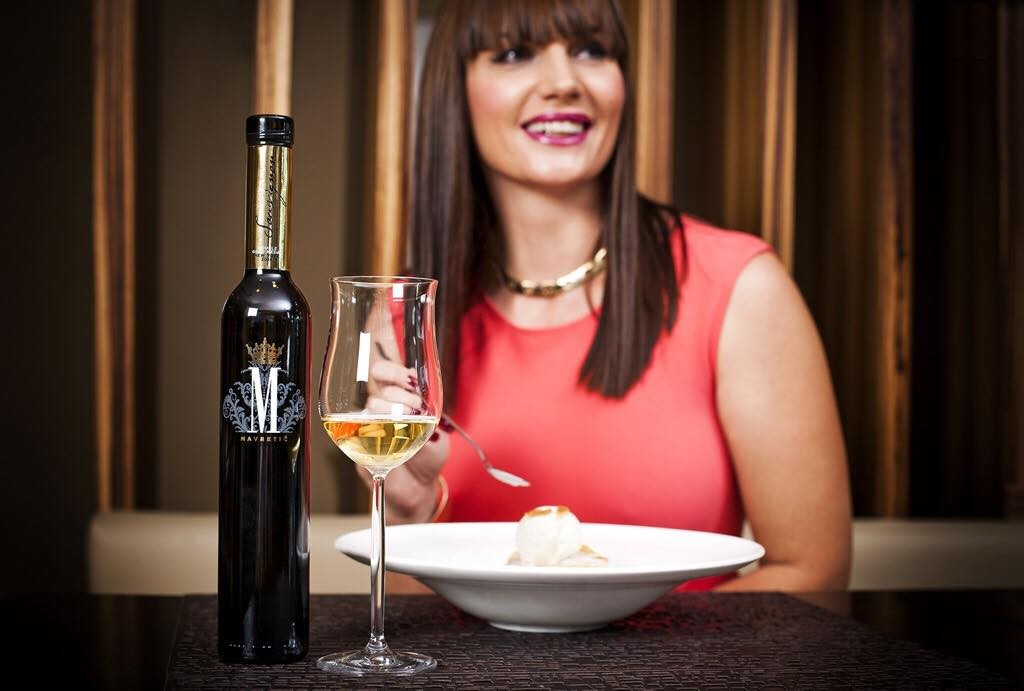 Wine growing and winemaking have been the Mavretič family tradition. In the 50’s, their cellar in Drašiči was abundant with the white wine from Bela krajina (varieties of Portugieser, Welschriesling, Ranfol and metliška črnina (produced from varieties of žametna črnina and Blue Franconian. In the 80’s and 90’s, they renewed all vineyards. In wine cellar in Vidošiči, they house Yellow Muscat, Green Silvaner, Chardonnay, Kerner, Pinot Blanc, Sauvignon and Gamay. They produce regular harvest, late harvest, selections, berry selections, dry berry selections and ice wines. Their wines range from dry to dessert wines.